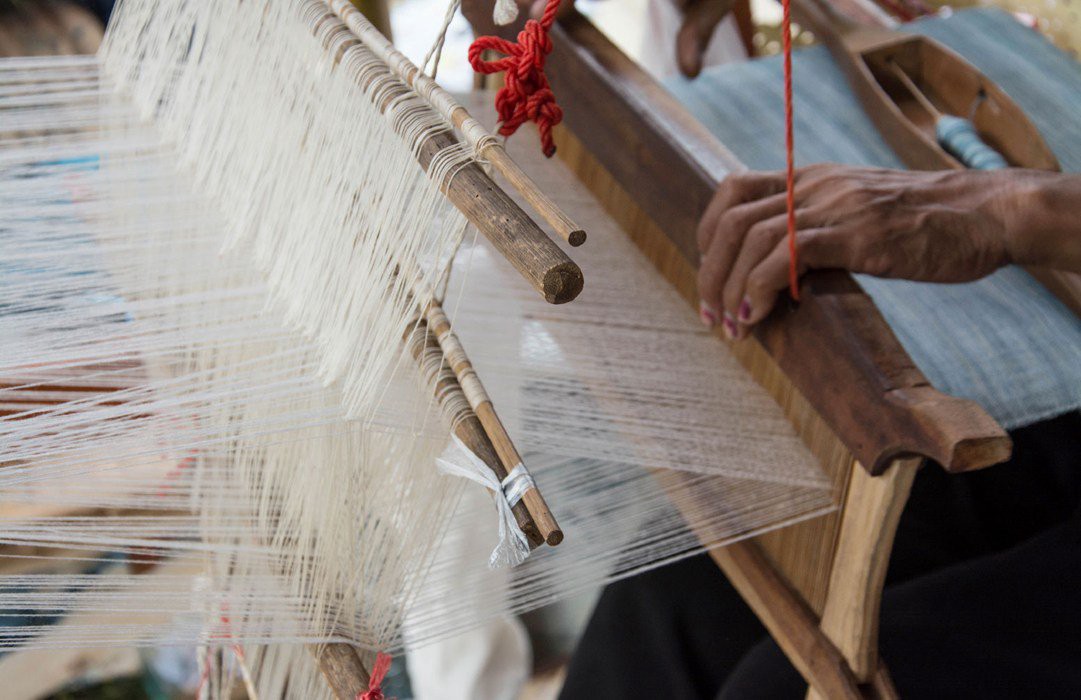 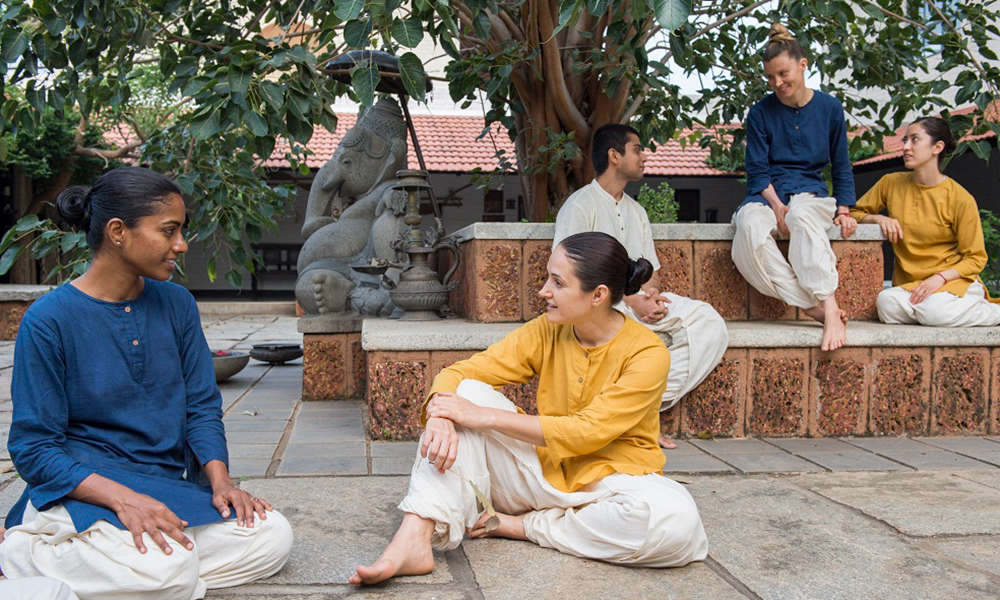 Why Organic Clothing – Benefits of Organic Cotton and Silk 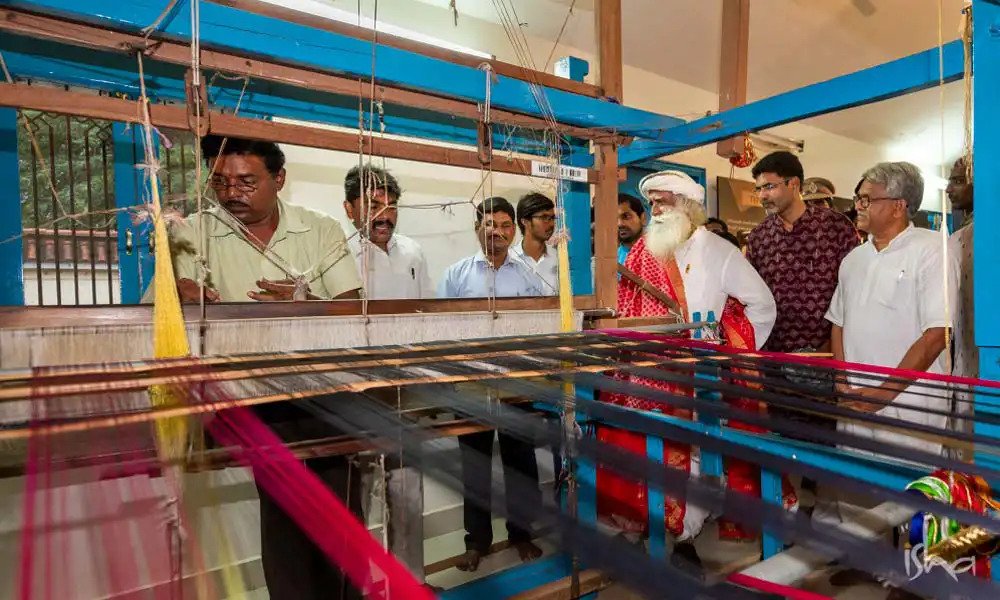 Indian textiles once clothed the world. Though much of this fantastic craft was lost in the last 250 years, Sadhguru draws attention to the fact that there is still incredible variety in Indian textiles, and that they can still clothe the world.

Sadhguru: There was a timewhen almost the entire known world was aspiring to wear Indian cloth because we produced the best textiles. Indian textiles have clothed the world. You can still find evidence of that at ancient sites in Syria and Egypt, for example. Even today, when it comes to textile, though a lot has already died due to neglect and intent, there is no other place on the planet that has as many weaves and as many ways of dyeing and preparing a cloth as this culture has.

But during the two centuries before Independence, the British systematically broke the textile industry in India to sustain their cotton mills in Manchester. In sixty years, between 1800 and 1860, India’s textile export came down by 94%. One of the British Governor Generals in the 1830s says, “The bones of the cotton weavers are bleaching the plains of India”, because millions of weavers died.

The Art of Handmade Crafts

Having said that, we still have the skills. India has over 120 distinct weaves. Each district, each community and even specific families have their own methods of weaving and dyeing.

When I was seventeen, I spent some time at my uncle’s place where thousands of silk sarees were woven. Thousands of threads were intricately woven into geometrical patterns. As they weave, they would be making thousands of calculations in their mind, and I would see flowers magically blossom on the cloth. The amount of mathematics, hand skills, and awareness involved in making the cloth and designs is incredible. It is really magical.

When human ingenuity and human hands are involved, whether food is cooked or cloth is woven, it has a different quality. It is not just about your emotions. There is a different quality to what human beings have touched with a certain level of care, concern or focus.

Clothes for Comfort or Fickle Fashion?

But today, someone was telling me that if you take a photograph in any major city in India of people below their knees, over sixty percent of them are wearing American workmen’s clothes: blue denims, one color. And business people wear suits and ties in forty-degree centigrade weather. A tie is nothing short of a noose around your neck in our kind of climate. We should be wearing clothing which is more suitable to the conditions in which we exist and which allows us to be at ease.

In that sense, it is important that the substance you wear is organic. Just change to clothing made from natural fibers like linen, jute, cotton or hemp for three days and see how it feels. Your body will naturally come to ease.

But today, 60% of the clothing in the world is made from polyfiber. In a decade or so, they estimate that 98% of all fiber will be synthetic. Fashion is the second-largest polluter on the planet. Micro poly-fiber is entering our bodies, poisoning our soil and water, and entering the food cycle. We are eating it, breathing it and consuming it in so many ways. Studies show various health hazards, including cancers, linked to poly-fiber and synthetic clothing, and it is definitely impacting our children’s wellbeing. Some studies in the United States show that 90% of people have some amount of plastic in their blood.

From Plastic to Organic

It is time we revive natural fibers and the weaving industry. Families have passed down their unique system of weaving from generation to generation over thousands of years. But the way our education system is set up today, if a child goes to the loom to work and learn alongside his parents, the modern thinking is this is child-labor. To become a master-weaver requires dedicated time. You have to apply your mind from childhood. If you send the child to school for seventeen years and then expect him or her to pick it up, it is not going to work.

We are currently proposing a policy draft to change this outdated way of schooling. Fortunately, the government announced in August 2018 that in future, only fifty percent of the time in school should be academic-focused. The rest of the time should be focused towards sport, art, music, craft and a variety of other activities. Once this comes to fruition, children can pick up the handloom very early in life. We are also looking at how to bring healthy natural fiber into school uniforms. Government schools in the state of Kerala have already done this. Private schools can also be encouraged and the message should be taken worldwide that all children should be clothed only in organic materials which are healthy for them. Outside of schooling, uniforms with traditional designs and organic fiber can be extended to government employees, tourist guides and taxi drivers. Well-known fashion designers from India and abroad should be encouraged to set the standard and take up natural fiber. Personally, I dress in such a way that I am a representation of all these incredible weavers in this country, and I appeal to everyone, at least those who are affluent in India, that at least twenty percent of your wardrobe should be handmade – woven by people, not by machines. At least once a week, please wear something Indian. This is for your health, personal wellbeing and ecological wellbeing. At the same time, you are also supporting the future generations behind the art and craft of weaving.

This year being the 150th anniversary of Mahatma Gandhi’s birth, we have brought some top American designers together for an initiative called Fashion for Peace. This was not a fashion show where we walked the ramp. This was a place where we showed about fifteen to twenty top designers, the fabric of India. We have brought 110 varieties of weaves, so that they can see and learn to use the cloth in their designs. We also want to connect the weavers to the market. To accomplish this, a platform, including an online portal, will be set up where interested buyers can buy assured quality fabric and clothing straight from the weavers. We are also looking at how farmers can benefit from this. The trouble with food crops is that food is perishable, and farmers have to sell it immediately. But if around 30% of their land is converted to growing natural fibers, it will be a big financial boon for them.

Though India was once famous for its textiles, in the last century or so, the world has not really seen Indian textiles. We are creating various initiatives to bring it back into people’s awareness in the nation and globally. There is a lot of talk about unemployment in India. But if we can bring back handloom, there will not be enough people to do it because of the immense demand that will be there. If we do the right things, India is poised to be able to clothe the world once again in a sensible and natural way.

Why Organic Clothing – Benefits of Organic Cotton and Silk